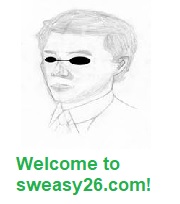 ❗- Exclamation Mark, heavy exclamation mark symbol, exclamation point, former tax collector: threat
Some Emojis reacted 😭 when tax collectors visited them and showed a poster with a big ❗ Exclamation Mark.
It meant that they had to pay more income taxes. An Emoji who worked for the Secret Service told in an anonymous interview that the uppermost tax collector had a big poster with ❗ Exclamation Mark in his office that the most hated Emoji liked.
One day a 🚕 Taxi driver pushed the button with an ❗ Exclamation Mark in his vehicle. After 26 seconds he landed with his passenger in the garage of the city centre. There was the bald Emoji who was dismissed because a robot replaced him.
The bald Emoji helped purchasers with their 🛍 Shopping Bags. As a thank you the bald Emoji got coins.
At the beginning the taxi driver did not realize that he was in the city of Heart Emoji. He tried to leave the garage.
He saw a robot. The Emoji could not leave the garage. He started to press the button with an ❗ Exclamation Mark.
That did not help him. The Emoji reacted 😠. He tried other variants. This Emoji noticed that other drivers waited behind him.
He felt great pressure. He found in his vehicle a 🔨 Hammer. He took it and destroyed the robot. Later he fled.
At that time the stingy owner of the garage learned that the robot was destroyed. He started to search for witnesses who saw the destroyer. But no Emoji wanted to tell the owner because of his morbid stinginess. That's why the bald Emoji got the job in the garage again but provisionally. The bald Emoji was very 😤. At that time the taxi driver saw a big ❗ Exclamation Mark.
He pressed the same button in his vehicle. After 62 seconds that Emoji landed near the tax authority.
He was greeted with a big poster that had an ❗ Exclamation Mark.
In communication use Emojis this symbol for exclamation mark. 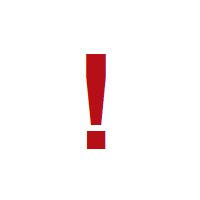 For comparison how different ❗ Exclamation Mark looks on: 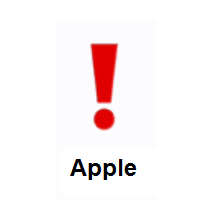 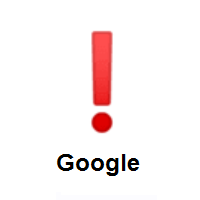 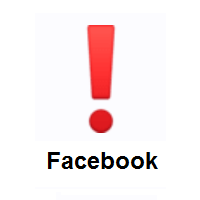 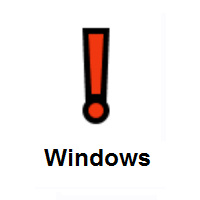 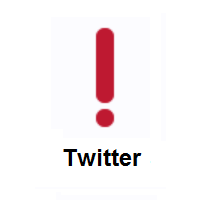 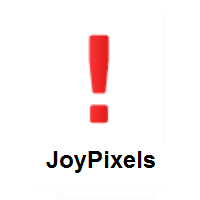 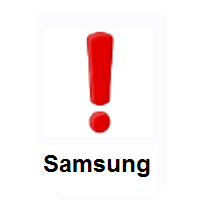 Search for other Meanings of Emojis

on Emoji Dictionary or 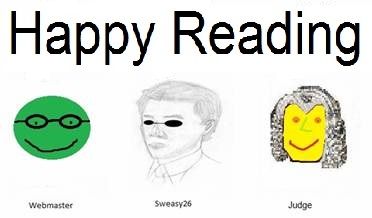 Sweasy26 © WXYZ. All rights reserved texts and images of Sweasy26 emoji designs. Images of Apple, Google, Facebook, Microsoft Windows, Twitter, Samsung, JoyPixels, SoftBank, KDDI and DCM are ® registered and © copyright of those tech companies. Images of Sweasy26 can be used with a link to the website (can be downloaded for private use).